THE RENAISSANCE PERIOD IN CENTRAL AND NORTHERN EUROPE

The Austrian Habsburgs continued the tradition of importing Italian architects as well as craftsmen and as their power increased they produced magnificent examples of the style.

Town Hall Antwerp was designed in 1561 by Cornelis Floris, the most distinguished architect and sculptor of the century in the Low Countries.

It is a magnificent building of great width. The centre is dominated by the imposing three-storey frontispiece, Doric, Ionic and Corinthian with attached half-columns in a continuous triumphal arch motif. 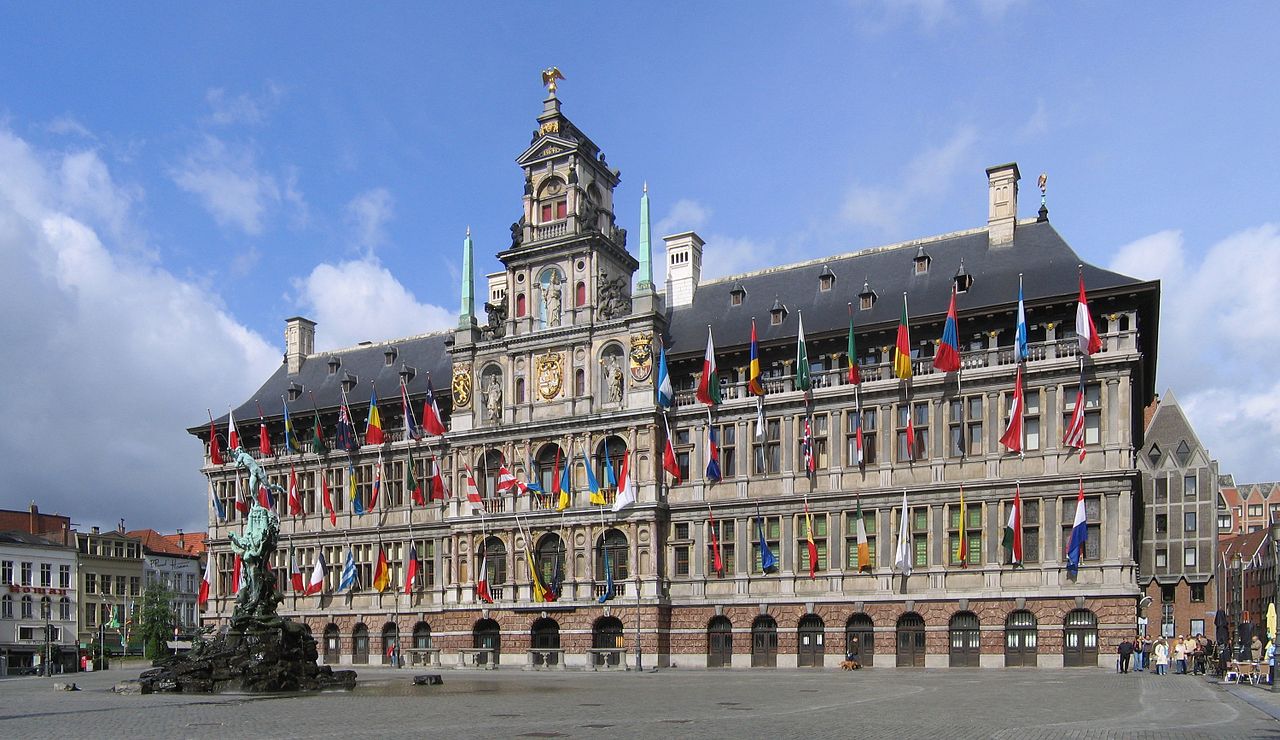 The Town Hall in Antwerp

Too late to make a reservation
Bookmark the permalink.

single-podslecture.php
Do NOT follow this link or you will be banned from the site!
SUMMER RECESS OF U3A INTERNATIONAL

U3A International is always dormant during the summer months save for one or two activities so this natural hiatus allows time for a wait and see attitude before the customary resumption in the Autumn. Plans are on hold because of the Pandemic. As usual the decision to take part will be entirely in the hands of each member but it is likely at this stage that, for those who do wish to participate, outdoor activities will resume more or less as normal and indeed some indoor activities will start albeit with limited group sizes and restrictive protocols. No lectures or social events are envisaged at this stage. Everything, though, is dependent upon the prevalence of COVID 19 at the time.

It is very disappointing, of course, that the full programme is very unlikely but it is understandable and, no doubt, happier times are to come. More later…….

I am taking up a new sport, post hibernation